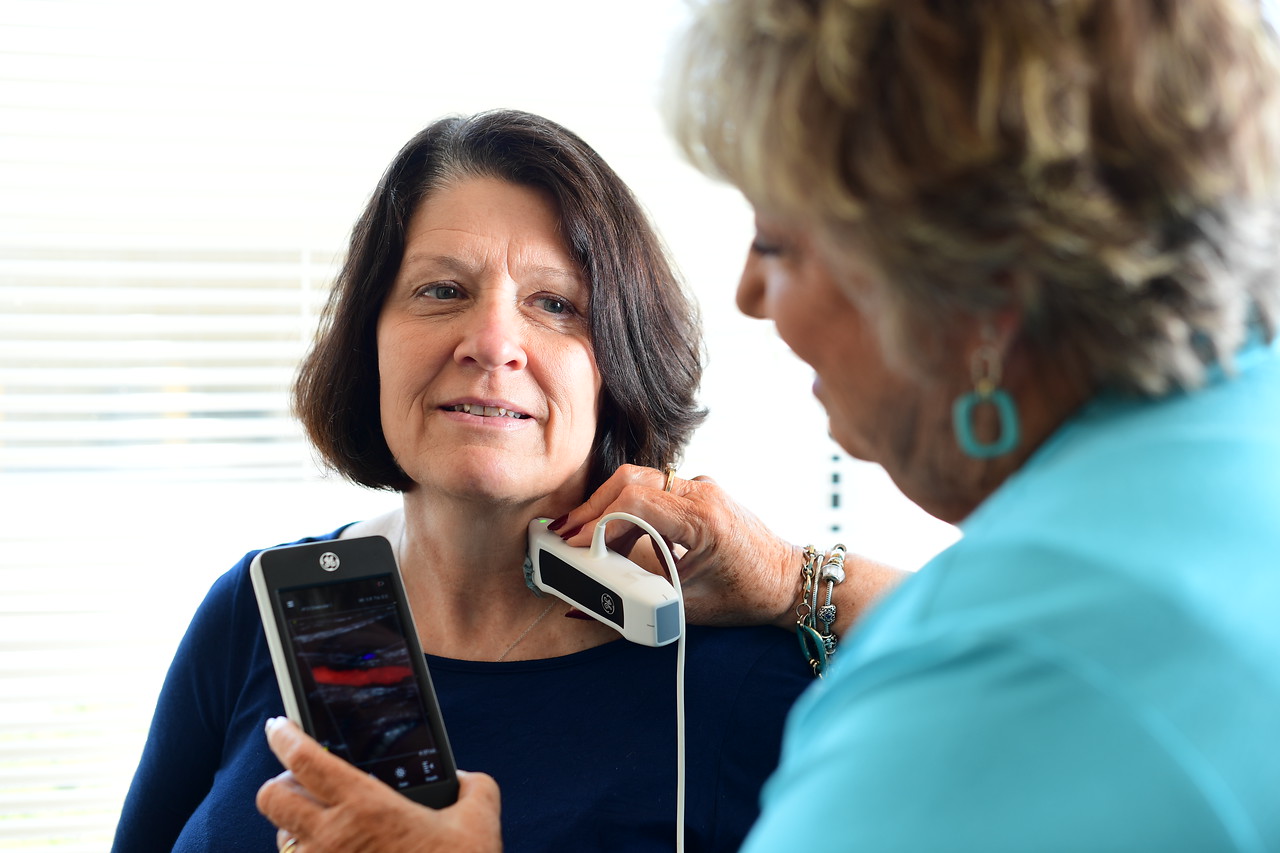 For over a decade, Marcum and Wallace Hospital has used a portable ultrasound for carotid artery and thyroid ultrasound screenings at community events (free of charge). The ultrasound scans the carotid artery for blockages and scans the thyroid for cysts or nodules. Both screenings can identify health problems that potentially wouldn’t show up otherwise; until the person has a stroke or can feel the nodule on their neck. A portable ultrasound is also used in the emergency department when the physician would need to scan for abnormal bleeding or fluid in a patient’s stomach or to monitor a patient’s heart motion during a heart attack.

“The portable ultrasound is extremely important in the community and in the emergency department. Over the years, I have screened thousands of people at community events and we do sometimes find results that people were not expecting. Our emergency department physicians appreciate having quick access to this technology when a patient has been injured or is having a heart attack,” said Sharon Whitaker, Marcum and Wallace Hospital Radiology director.  “The upgrade not only improves the ultrasound quality, but the size of the ultrasound was reduced from equipment that would fit in a small suitcase to equipment that isn’t much larger than a smart phone.

Arielle Estes, Marcum and Wallace Hospital Foundation director, said, “I want to extend a heartfelt thanks to the community for their support of the Marcum and Wallace Hospital Foundation. Because of the generous support of our donors, we have state-of-the art portable ultrasound technology to provide free health screenings in our community and to treat patients in our emergency department.”

Your gift makes lives better and communities stronger. Thank you! To discuss your interests and learn more about giving options, please call (606) 726-2119.